Have you read my previous posts on “How to Be a Wheel of Fortune Contestant”? If you’d like to read this story from the beginning, check out Part 1, Part 2, and Part 3.

I left Round 2 of tryouts in a Knoxville hotel ballroom not knowing if I’d made it to the show or not. Like a vague high school flirtation, I was afraid to appear too eager but dying to know if they really liked me.

About two weeks after Round 2, I received a phone call from a California number as I was driving home from work, and the producer on the other end asked if I could be in LA in two weeks to be a contestant. Y’all, I had to pull over.

She asked if I accepted the chance to appear, and I said YES (maybe a little too loudly). She asked if the date was acceptable. I told her if she’d asked me to be there on Christmas Eve, Santa and I could’ve made it work. She laughed as she emailed the specific instructions and said she’d see me in LA.

She’d see me…ME…in LA. On the side of the road, I let out a huge whoop of excitement, which scared my children in the back seat and made them cry. 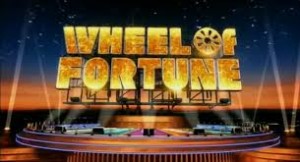 I called my husband. I called my parents. I called my 92-year-old grandmother who never ever missed an episode. We were not, under any circumstances, to call her between six and seven p.m. because she was watching Wheel of Fortune and Jeopardy. I asked if she would like to go with me to LA, and she accepted without hesitation.

WOF contestants are allowed up to four guests to the show’s taping, and WOF books a specific Culver City hotel which is close to the studio for all its out of town contestants (there are often California contestants who try out and go home the same day).

Before I get to the good stuff of actual taping and competing, here are a few facts you might find interesting:

Ready to get to the actual show’s taping? That’ll be next time, the final installment of “How to Be a Wheel of Fortune Contestant.”